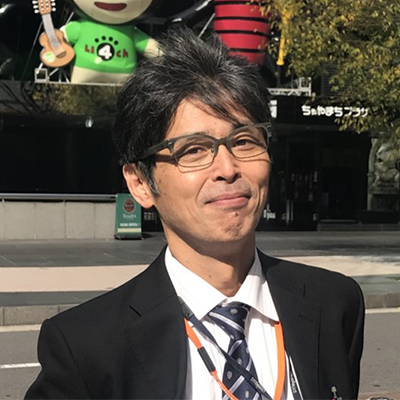 I joined Mainichi Broadcasting System, Inc. in 1990.
I was engaged in the production of television programs as technical staff from 1992.
I was transferred to the Strategy Planning Division in 2006, I took part in the development of management plans.
In December 2011, I have played a central role in the establishment of the Multiscreen Broadcasting Study Group, which aims to realize a second screen service.
I have served as the Secretary-General in corporate Multiscreen Broadcasting Conference, which was established in July 2013.
Currently, to promote the commercialization second screen collaboration system of ”SyncCast”.